Although we’ve been to Cornwall quite a few times we had never been to Truro before.  It’s a pretty town, dominated by the cathedral and the Waterstones is in an attractive 18th century building which was built as a house before being converted to a shop – probably in the late 19th century. 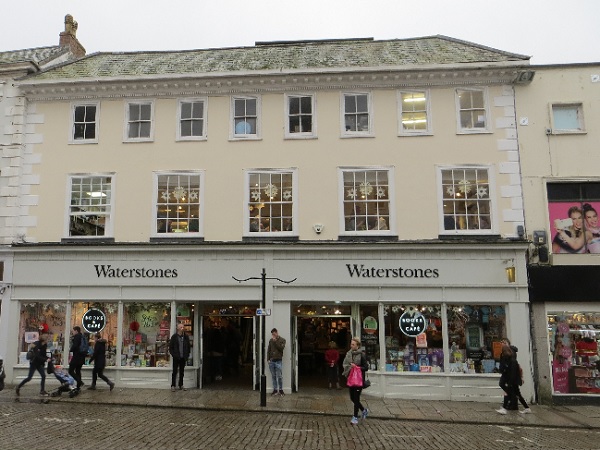 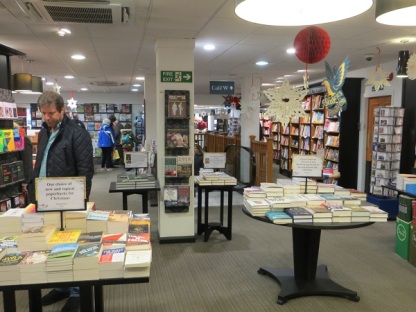 No Waterstones in Cornwall could fail to mention Daphne Du Maurier’s excellent novel Rebecca which is acknowledged to be set in Cornwall, despite that not being specified in the book.  It is highly likely that Manderley was based on Menabilly House.  The Truro branch has a Rebecca mural on the stairs wall. 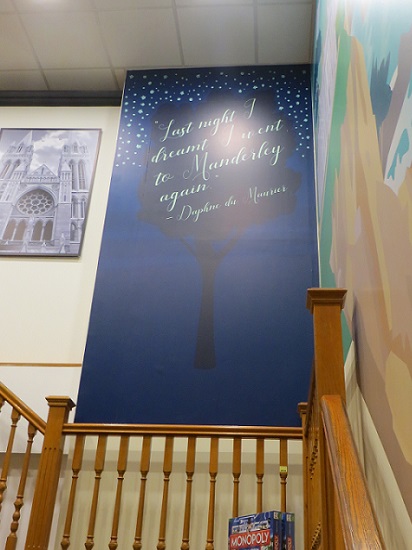 We popped into the cathedral whilst in the town and were treated to a full choir/orchestra rehearsal for the Mass The Armed Man by Karl Jenkins, which we love, so we sat and listened for about an hour! 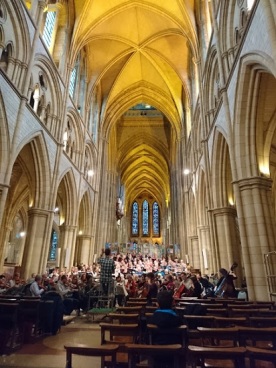 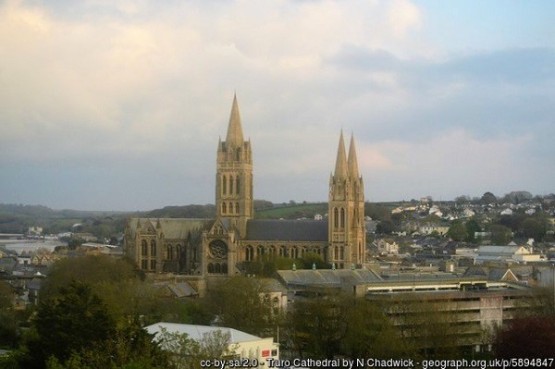 The picture of the cathedral taken from a distance is © N Chadwick (cc-by-sa/2.0) and used with permission.