Bracknell in Berkshire was declared a new town in 1949 – as part of this it absorbed lots of small villages.  A funny feature of the outskirts is that streets were given names in alphabetical order (and just as a single name – no Road, Street or Close), so in one area off the central road of ‘Ringmead’ you’ll find streets called Pembroke, Prescott, Pendlebury, Ollerton, Octavia, Orion, Oakengates, and nearby are Northcott and Naseby, Nutley…!

The Waterstones is located in a modern open-air shopping centre which opened in 2017.  The store is on two levels – the upstairs of the store was very empty, as though they didn’t have enough stock to fill it!  I think there must be older parts of Bracknell but we didn’t have time to explore further afield. 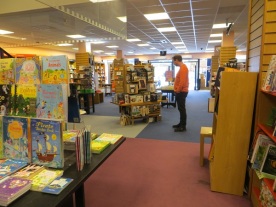 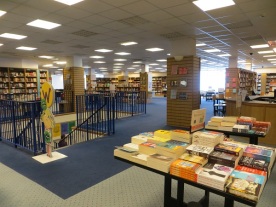 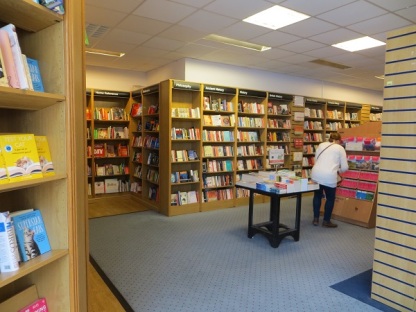