Sunderland used to be a big shipbuilding area.  The industry is thought to have started in the area as early as the mid-1300s, but went into decline in the 1950s, with the last shipyard closing in 1988.  These days, the Japanese car manufacturer Nissan produces cars in the area and currently have plans for a new £1bn electric car-processing plant in the area.  The Waterstones is in a modern shopping centre.  It has a mural by Chris Burke from when the shop was part of Ottakar’s book shops before they were taken over by Waterstones. 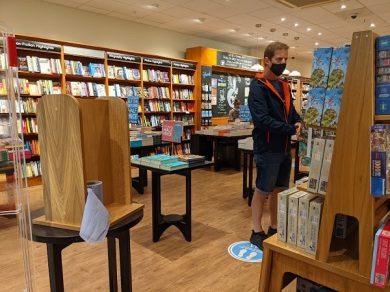 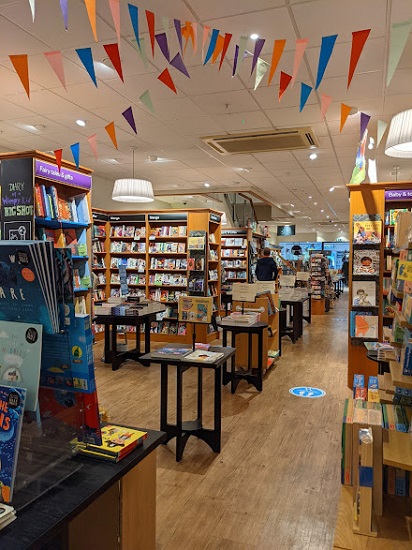 Sunderland Museum and Winter Garden in Mowbray Park opened in 1879.  The Winter Garden was based on the Crystal Palace in Hyde Park but was destroyed during the Second World War.  A new, very smart, glass extension was added in 2001 as the result of National Lottery funding.  There is a wonderful Walrus statue in the park – based on The Walrus and the Carpenter by author Lewis Carroll, who was a regular visitor to the area. 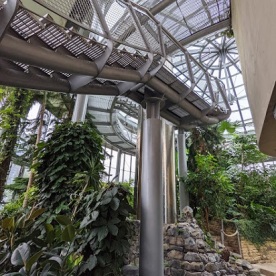 The photograph of the back of the museum was taken by David Dixon and share under the creative commons licence.  I have resized it slightly, as permitted in the terms of the licence.  Photo © David Dixon (cc-by-sa/2.0)