Darlington is a market town in County Durham famous as the location of the first steam power-driven locomotive railway when the Stockton & Darlington Railway was established there in 1825 in order to connect local coal mines to the River Tees.  Although not the first railway, the Stockton & Darlington was the first to use steam locomotives and to transport passengers as well as goods.  The Waterstones is located on the outside of a modern shopping centre. 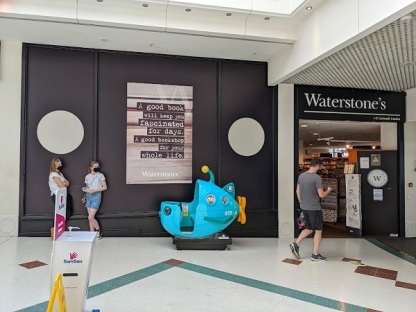 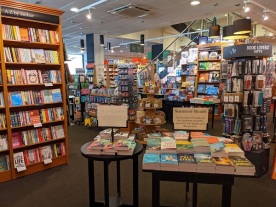 Clockwise from top left – Darlington Market Hall and Clock Tower, completed in 1864, Joseph Pease, who contributed to the establishment of the Stockton & Darlington Railway and was sometimes referred to as The Father of the Railways, Darlington town centre, Darlington railway station. 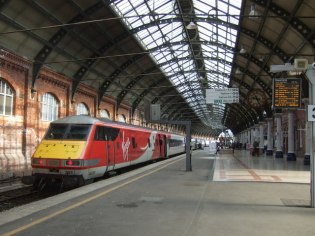 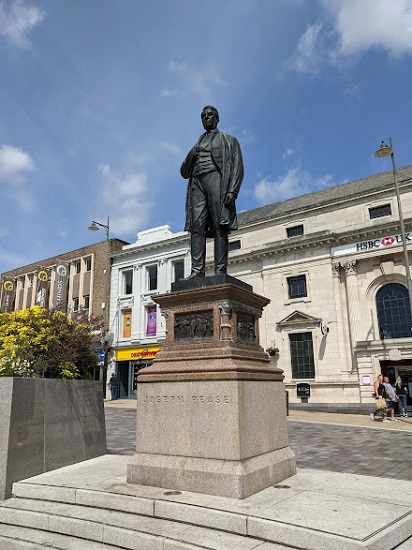 To celebrate the railway heritage of the area, a statue was funded by various organisations including the National Lottery, the supermarket chain Morrisons and Northern Arts in 1997.  Entitled Brick Train, it was created by sculptor David Mach out of 185,000 bricks and was constructed to include some special bricks to encourage bats to inhabit the sculpture.  In addition, several local schools made up time capsules which have been placed inside the statue. 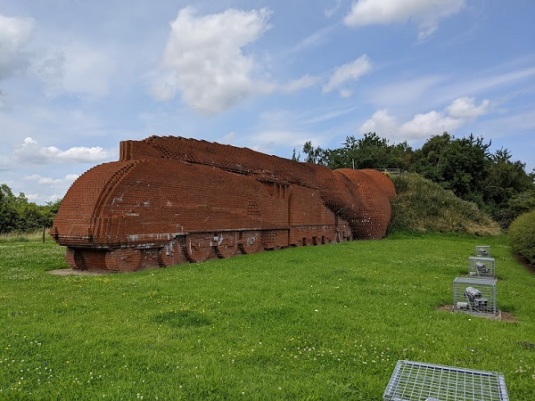 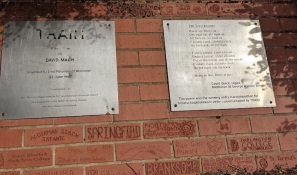 The photo of Darlington town centre (no attribution link available, but freely shared – see https://commons.wikimedia.org/wiki/File:Darlo_town_centre.JPG) and the one of the station (JThomas / Darlington Railway Station / CC BY-SA 2.0) are used under the creative commons licence and were taken from Wikipedia.