Once a small market town, Watford grew with the arrival firstly of the Grand Junction Canal and later, the railway.  The biggest industry was printing, which started in the town when John Peacock opened a printworks in the 1820s.  The industry remained a feature of the town until its decline in the late 20th century.  The Waterstones is located in a modern building in the High Street. 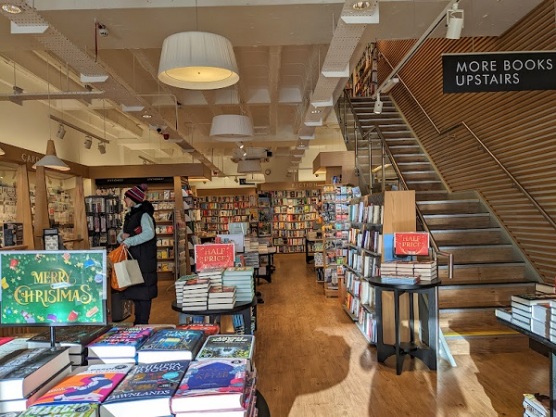 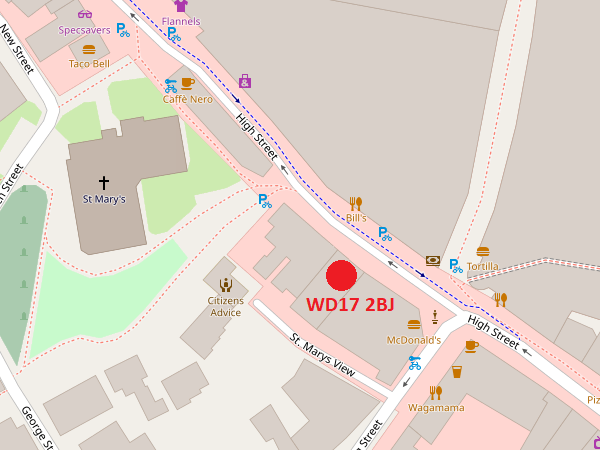 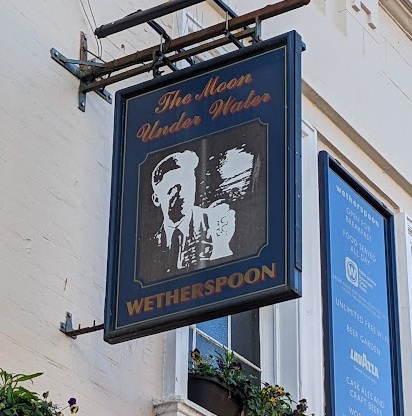 Watford Football Club changed their kit to black and yellow in the 1959-60 season and became known as The Hornets after a vote by supporters.  This statue by Heath Burrell is a tribute to the club (I actually thought it was a bee until I Googled it!).

The Moon Under Water pub is named after an essay by George Orwell, and the pub sign features his picture.  I did look to see if there was a connection between Orwell, who is a favourite author of mine, but I haven’t found one, but apparently, according to Wikipedia, there are currently 13 Wetherspoon pubs with this name!

St Mary’s churchyard has been renovated to provide a quiet, open space for use by anyone, and includes benches and a sensory garden.