Lancaster is a university city and the county town of Lancashire.  We arrived here early in the morning and spent the day exploring the city, which we liked a lot.  It is very pretty with attractive streets and plenty of history.    Lancaster Castle is easily visible from the town as it stands atop a hill.  The first castle on this site was erected in Roman times, and the earliest part of the current castle was built in the 12th century.  The building has been added to over the years, including a prison wing in the 18th Century which only closed in 2011!  It was also the site of the famous Pendle Witch Trials of 1612. Nearby is Lancaster Priory which was built in the 15th Century (although there was a church on the site long before this).  It is free to visit (donations towards the upkeep are welcome, of course) and is definitely worth spending time in.   The Corn Market Waterstones is set over two floors in a modern shopping centre and was formerly a branch of Ottakar’s books. 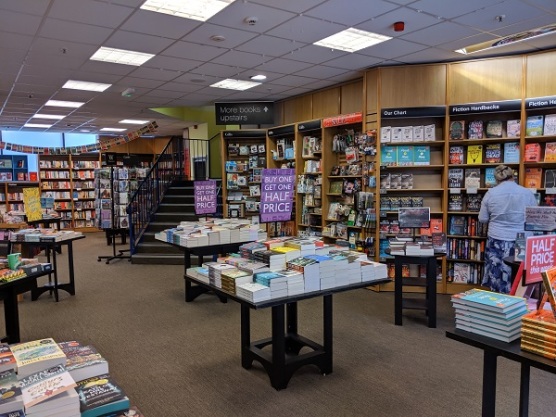 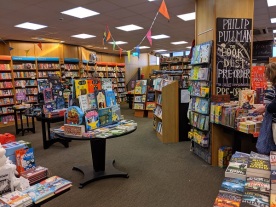 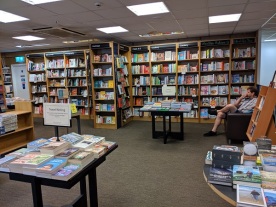 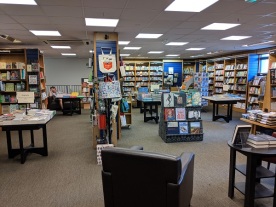 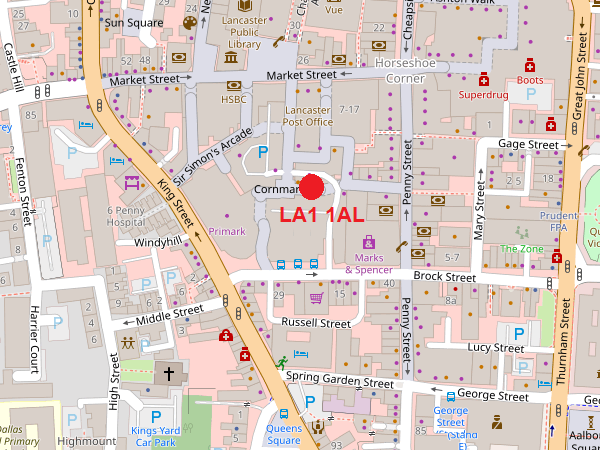