Lincoln is a cathedral city and the county town of Lincolnshire.  The city is compact which makes it easy to explore, and is steeped in history.  At the top of Steep Hill (which lives up to its name!) is the oldest part of the city, dominated by a gothic cathedral.  A central tower was added to the cathedral in 1311 which made it the tallest structure in the world for over 200 years.  This area is colloquially known as ‘uphill’ and as well as many gorgeous buildings it also has a castle!   After spending the morning in this area, we walked back down into the town to ‘downhill’ to visit the first of the two Waterstones here.  This branch was formerly a hotel called the Saracens Head which closed in 1959. 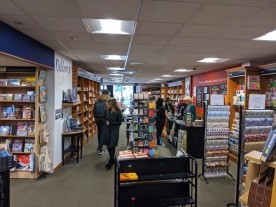 Below clockwise from the left – the castle grounds, a view of the cathedral, Leigh-Pemberton house – a merchant’s house built in 1543 and now the Tourist Information office. 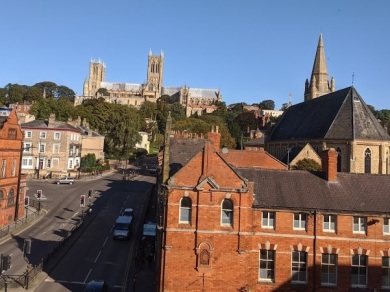 There is a public footpath through the castle grounds, so it is possible to walk through without paying!

The remains of a third century Roman is said to be the oldest arch in the United Kingdom still used by traffic. 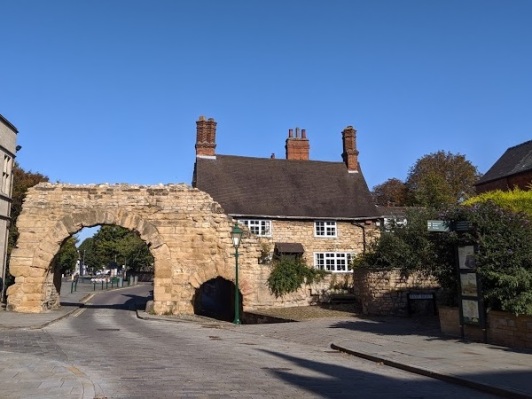 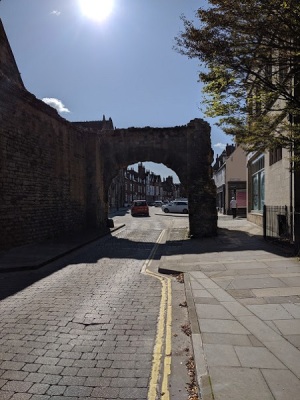 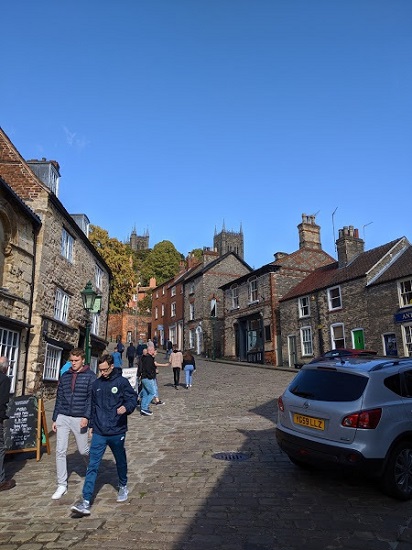