We were staying in Brighton for three nights between Christmas and New Year, and were lucky to have exceptionally good weather, so we decided to walk along the seafront to visit nearby Hove to have a late brunch before visiting the Waterstones.  Hove started life as a small fishing village on the south coast. It saw extensive growth in the 1880s and eventually spread far enough to join up with the larger Brighton.  In 1997 the two merged as part of local government reform to form the Borough of Brighton and Hove, but despite this merger the two areas have a distinctly different feel from each other.  Hove has a laidback and almost bohemian atmosphere.   The Waterstones here is located in a pedestrianised area with lots of shops and cafés, and is new to Hove, having opened in November. 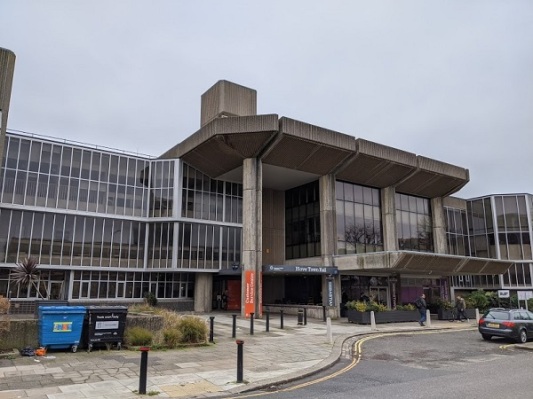 This statue, which is located outside Hove Town Hall, was created by the artist Helen Collis.  Sadly she passed away, but her husband presented the statue to the town in her honour.  The Town Hall opened in 1974 and is in the brutalist style.  It replaced an earlier, red-brick gothic style building which was damaged by a fire. 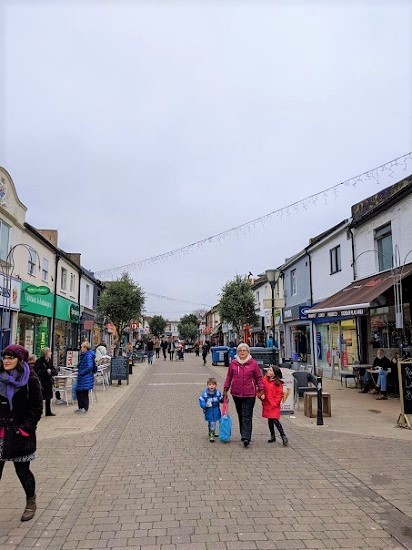 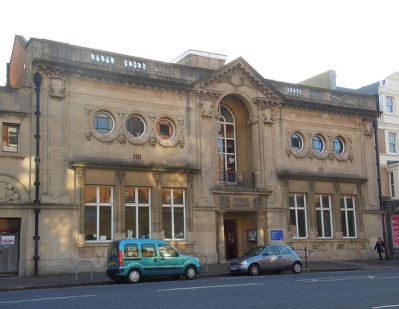 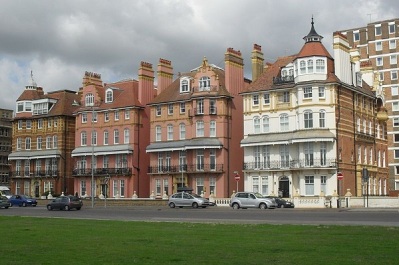 (Accreditation for two of the above photos: