Welwyn Garden City is, as the name suggests, one of the Garden Cities created in the first half of the 20th century. The first was Letchworth, where we were staying for a few days. The idea, conceived by Ebenezer Howard, was to create a new town that took the best parts of the country and coupled them with the best parts of the city to create Garden Cities. Welwyn Garden City was the second of these, founded in 1920, and the model was adopted by many other countries.   Much of Welwyn is built in Neo-Georgian style, including the Waterstones which has a light and airy feel. 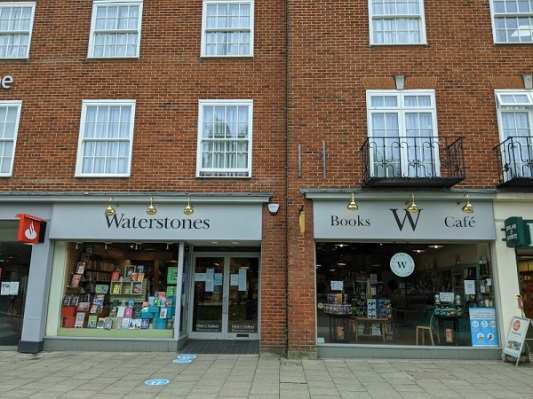 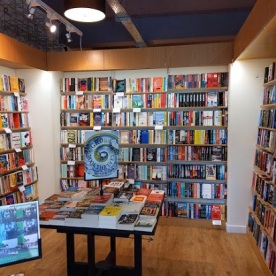 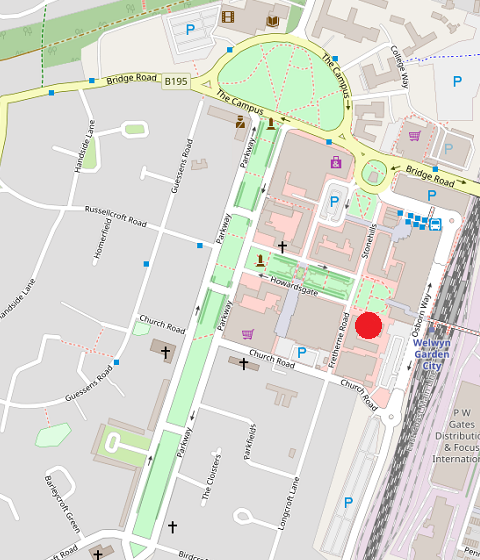 The photo below illustrates the thinking behind the creation of the Garden Cities – The Three Magnets.  The magnet at the bottom details a vision of utopia – I was rather amused by the suggestion of ‘No Sweating’!

The tree-lined streets around a central green area are a key component of Welwyn Garden City.  Henry Moore’s statue Knife Edge has been loaned for the whole of 2020 in order to mark the centenary of the town. 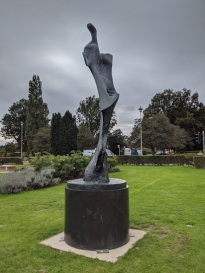