Cambridge – where to start?!  I had been before, but years ago when I was a small child, and the only memory I had from that time was of me dropping my Dad’s very expensive camera that I had insisted on wearing, and being worried it was broken (it wasn’t, fortunately)!  Peter and I first visited together on the weekend of my birthday in 2016 on a sunny Saturday, and the city was so rammed with tourists (like us!) that we didn’t really explore it properly.  This time we went on the train (with our masks on) from Letchworth on a very sunny Tuesday in September and the city was considerably quieter – obviously due to it being a weekday during an pandemic!

Cambridge is best-known for being a university city.  Although it was not possible to visit the various colleges, we did plenty of walking.  The city is beautiful and one I would definitely like to revisit again when we can look at the places closed due to Coronavirus. The Waterstones is located in a four-storey building in the heart of the city. 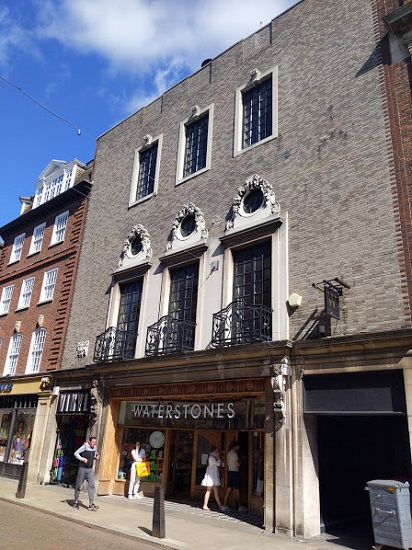 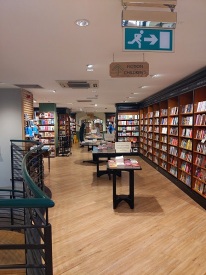 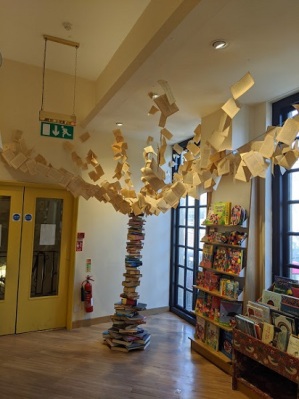 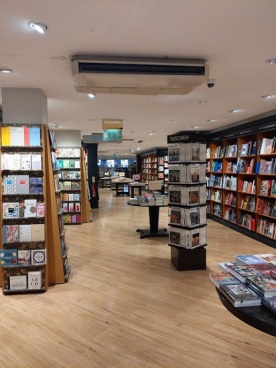 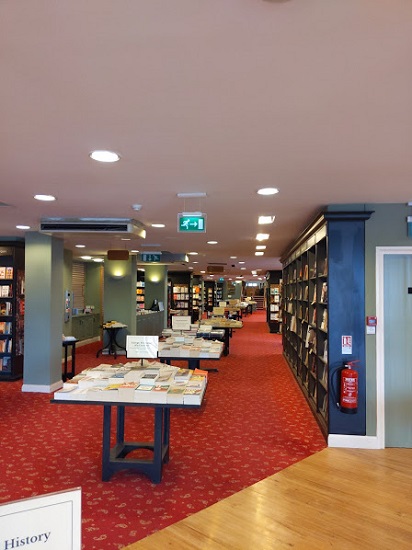 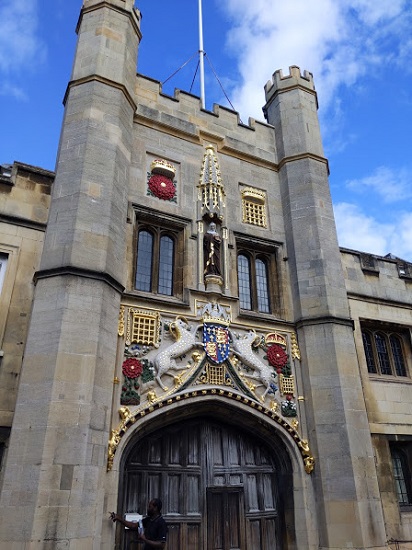 This gate dates from the early 1500s and was restored in 2018.  An article about the restoration on the BBC claims that “It was built by Lady Margaret Beaufort, the grandmother of Henry VIII…”! Although I doubt she actually got her hands dirty, it was she who founded the college in the early years of the 16th Century.

The Gate of St John’s 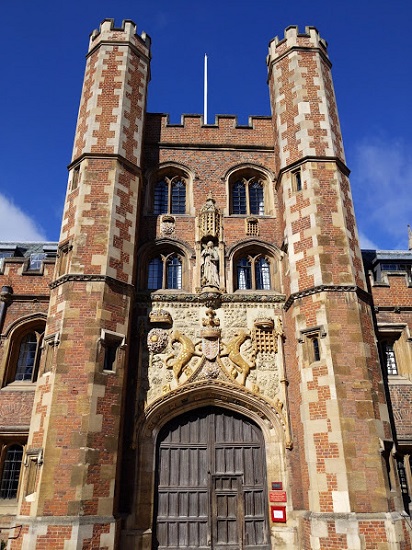 Officially the Church of the Holy Sepulchre, the Round Church was built in about 1130 and is one of four such churches still in use in England.  We were unable to visit on this occasion but I would like to go back.

This is a wooden bridge which crosses the River Cam.  It is built from entirely straight lengths of wood but appears in the form of an arc!  It is a Grade II listed building.  An urban myth that Sir Isaac Newton built this is untrue, as he died 22 years before the bridge was constructed!

This clock is on an outer wall of Corpus Christi College and was unveiled in 2008 by Stephen Hawking.  Inventor and Horologist John C Taylor, who is an alumnus of Corpus Christi, donated substantial funds in order to transform a bank into a brand-new library for the college.  He added the clock to the wall outside.  The creature on the top is, according to Taylor, not a grasshopper, but rather a ‘Chronophage’ – a time-eater! 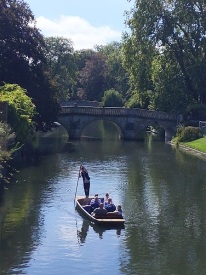 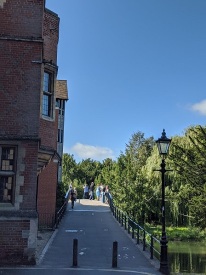 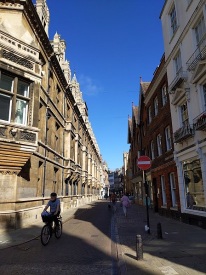 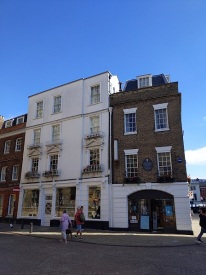